Young Elephant Is Lifted To Safety After It Tumbled Down...

by Leke Babalola 2 years ago2 years ago
262views
0

An elephant that fell 50ft down a well after being chased by a pack of dogs was hauled to safety by a crane yesterday. The young animal fell down the well in the village of Panchapali in southern India’s Tamil Nadu.

It was rescued after a 16-hour struggle by a team of wildlife veterinarians. Veterinarians were lowered into the deep well to administer tranquilizing darts to the stricken animal.

It was then tied to a heavy-duty crane on the ground using rope-like belts and lifted to the surface. 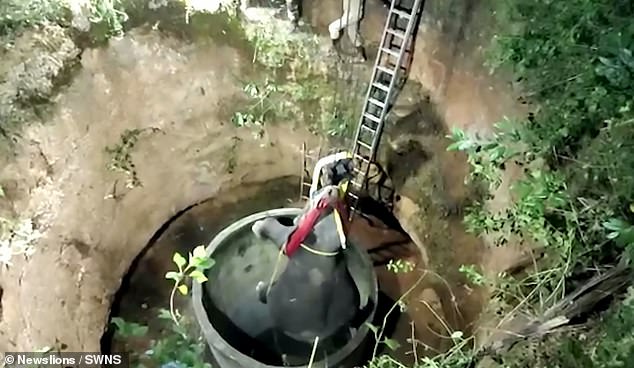 Two excavators, trucks, and cranes were used to pull out the animal safely from inside the well. During its time stranded inside, coconut tree leaves were dropped down to feed it.

The young elephant is doing well and is said to be released into the Hosur forest area.